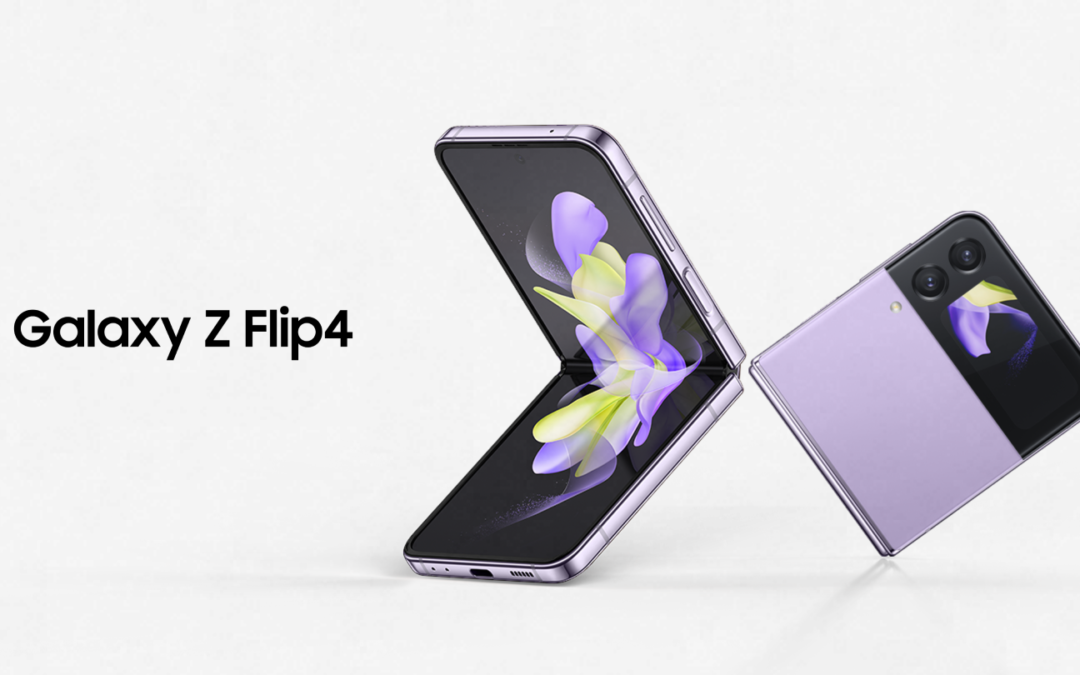 Samsung announced the release of the Galaxy Z Flip4 in its quest to revive foldable phones. This new model comes with updated software customized to suit its foldable nature. It also has a bigger battery and better cameras to improve low-light functionality.

Market research estimates say that the Galaxy Z Flip is the most popular foldable phone. On top of that, it has been doing well at better understanding the market for these devices.

Samsung wants to show that there is more to this line of phones than its compactness. This is part of the reason the company has been working on the development of Flex Mode. It is a feature that divides apps between the upper and lower parts of the screen when it is folded in half.

This allows the bottom to function as a trackpad that can be used to navigate the upper portion. With this update, it should be easier to use apps when Flex Mode is activated.

It is a feature that has only been introduced with the Galaxy Z Flip4 and Galaxy Z Fold4. However, Samsung has announced that it has been looking into adding it to its older foldable models too. As I tried out the Z Flip4 for a brief period of time, the feature appeared to work smoothly once the setting was turned on.

Aside from that, the cover screen of the model has also been updated. It is now possible to shoot quick replies to SMS, make calls, and use portrait mode all from the outer display.

The introduction of these new features has proven to be the right call for Samsung. It is not yet clear if Flex Mode expansion and the new cover display features will convince more people to buy foldable phones.

Despite this, it is a clear sign that Samsung has been paying more attention not only to the hardware but also to the software. No matter what happens, this is crucial in showing how promising foldable phones are in this day and age.

On top of these innovations, the Z Flip4 is set to receive more routine updates than you will find in a regular smartphone. It is going to use the Snapdragon 8 Plus Gen 1 chip by Qualcomm. This is a lightly upgraded version of the processor running on the Galaxy S22 line.

Even though the Z Flip4 has a different main camera resolution than the Z Flip3, it did inherit the upgraded nighttime photography features of the Z Flip4. This will be brighter and have a bigger pixel size to facilitate portrait mode in the dark.

The battery size of the Z Flip4 will also be increased to 3,700-mAh capacity, an improvement from the 3,300-mAh capacity of its predecessor.

The design of the Z Flip did not change much, although there are subtle changes. The hinge is now a little smaller, while the finish is glossier than that of the Z Flip3. The interior display is now 45 percent more durable. Its exterior also has a Corning Gorilla Glass Victus Plus coating.

There is also a new colour option called bora purple, newly introduced for the Galaxy 22. The model also comes in blue, graphite, and pink gold. While not immediately noticeable, they will become apparent when you put a Z Flip3 and Z Flip4 beside each other.

It is true that hardware improvements and software upgrades deliver a good user experience. The Galaxy Z Flip4 represents the trajectory of Samsung foldable phones.

After all, it shows that Samsung company is no longer solely interested in making apps function smoothly in this format. Instead, it is now figuring out how to take advantage of the unique form of foldable TELUS phones.

For more information or to order Samsung Galaxy Z Fold4, visit Andres Wireless website or a location near you.