What Changes Did Apple Make with the Apple Watch Series 7? 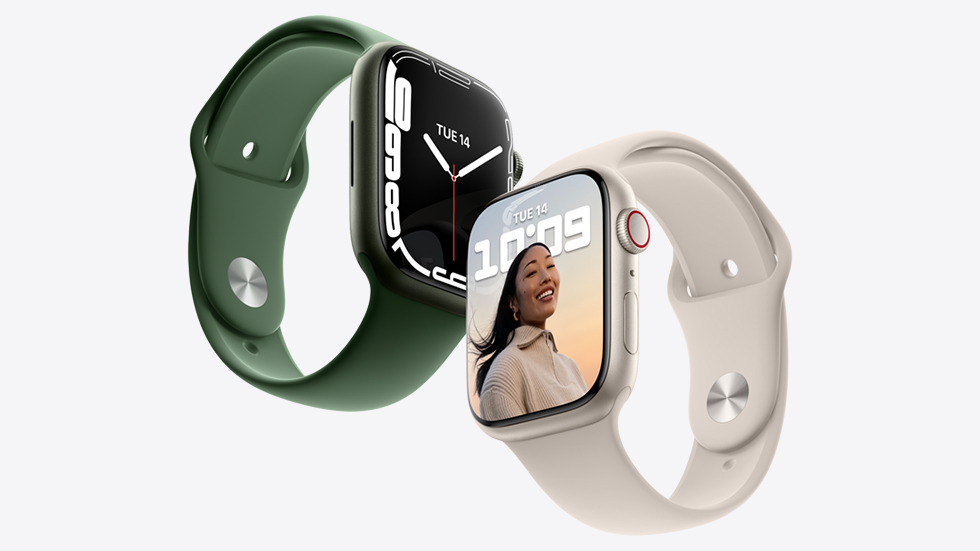 What are the new upgrades on the Apple Watch Series 7 that the Series 6 doesn’t have? The significant differences between Series 7 and Series 6 are as follows:

Since 2018, the Apple Watch hasn’t had any major improvement on the screen size, but now, the Series 7 has options like 41mm and 45mm, compared to the previous generations, which have only 40mm and 44mm.

The user interface of the brand new Series 7 has also been changed to adjust to the new screen size. As of now, the size of the buttons on the apps has been significantly increased as well.

The Series 7 Apple Watch also has some significant updates on the faces. An example of this would be the Modular face; it will now be able to fit more info than ever before. A very handy feature, especially if you are always moving around.

One of the best features that Apple has implemented on its Series 7 is the brighter and more visible display. This is a big improvement compared to the older series.

According to Apple, the screen of the Series 7 will now be 70% brighter than its previous series. A perfect feature, especially if you are having a hard time reading the screen as you are on the go. Apple has emphasized the Series 7 Apple Watch that it will be best for indoor usage.

You will also notice on the Apple Watch Series 7 that it now has a QWERTY Keyboard. Apple has made sure to put its new screen size to good use with a brand new keyboard design. Thanks to the QWERTY keyboard, it will now be a whole lot easier to type in the latest series. You will now produce longer text messages that seem impossible with the scribbling and dictation method.

You will no longer have the need to wait for an hour to get your battery from 0% to 80%. With the brand new Series 7, you will now only need around 45 minutes or so. Apple has stated that the Series 7 can now charge 33% faster than its predecessors.

The Series 7 will now be more durable than the Series 6. Since Apple is planning to make their watches suited for exercise tracking as well, they have made sure that the watches will be much sturdier than ever before. Right now, the Series 7 has what is called IP6X, which is a superb dust resistance property, and the screen has a crystal coating. Apple has mentioned that the Series 7 watches are 50% thicker than the Series 6. No matter what your outdoor exercise is, these watches can survive.

In all actuality, the brand new Apple Watch Series 7 is superb. Not only are they perfect for extreme and rugged sports, but they are also great for people who have some kind of vision problem. Upgrading to this new series will surely make your whole Apple Watch experience ten times better than ever before.